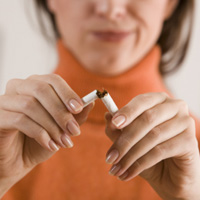 A woman tells of her ex-husband, who became hooked on painkillers and muscle relaxants for years. “He could not hold a job, and we lost our house, our credit, and our friends. We tried counseling and drug treatment centers, both in-patient and out-patient, but nothing worked.” The man continued his addiction, becoming creative in finding doctors from out of state and even out of the country who would ship him pills.

Finally, for her own sanity and the safety of their two children, the woman left him. Here is her description of her husband’s life after she and the children departed: “He fell in and out of jobs and lived on the streets, with friends, or in homeless shelters. All this finally caught up with him, and he died of hepatitis C. He had not seen his children in three years and owed more than $50,000 in back child support. He died broke and alone.”

The point of that story is not to frighten anyone addicted to drugs. The lesson is this: that man’s life ended in a tragic but unnecessary way. As much as the drugs, it was the man’s refusal to take charge of his own life that led to his family separation, his loss of home, jobs, friends, and, ultimately, his premature death. In that tragedy the man is not unique.

According to the U.S. Department of Health and Human Services, each year drug and alcohol abuse contributes to the death of more than 120,000 Americans. In addition, the Office of National Drug Control Policy estimates that drugs and alcohol cost taxpayers more than $143 billion annually in preventable health-care costs, extra law enforcement, auto crashes, crime, and lost productivity. Other studies indicate that nearly 14 million Americans suffer from alcohol abuse or dependence and that some 43 percent of Americans have grown up with or married to someone with a drinking problem.

However, there is a far more important fact than those ominous statistics, and it is this: those who are addicted to drugs or alcohol can change. Although this is not easy, countless millions have taken actions that have led them to wholeness. You too can be addiction-free. Here are some important steps to take that will place you on the road to recovery.

Most self-help support groups dealing with addictions are patterned after these Twelve Steps of Alcoholics Anonymous:

While there are other methods for dealing with addiction, 12-step groups generally produce the best results. A recent landmark study tested a theory that held that alcoholism treatment would be most effective if alcoholics were “matched” with types of treatment programs best fitting their individual personality. More than 1,700 alcoholics in treatment at nine locations over a three-month period were studied, with follow-up analyses made every three months through the fifteenth month. Those 1,726 alcoholics were randomly assigned to three types of popular treatment programs: 12-step groups, motivational enhancement therapy, and cognitive behavioral therapy. While results of treatment were “excellent in all three treatment groups,” the 12-step program achieved the best results. Abstinence from the fourth through the fifteenth follow-up months was achieved by 24 percent of those treated with “Twelve Step” programs compared to 15 percent in the “Cognitive” program and 14 percent in the “Motivational” program type.

The twelve-step programs are not for all people. If such a program just doesn’t feel right for you, there are other options that can be explored to break alcohol or drug addiction. However, unlike twelve-step programs, which are usually without financial fees, other treatment programs have expenses that are sometimes covered by medical insurance. Here are four other significant ways of treating substance abuse:

One father and mother, whose son was persuaded to enter an inpatient treatment center, attended his son’s “graduation” from the program. Here is their description of the positive results: “Our son’s graduation event will forever be etched in our memory as a rebirth of our child. It had been so many years since we had seen him drug or alcohol free that we actually had a hard time recognizing him. He looked absolutely wonderful and his behavior was so accepting and calm. For years we had wondered if we would ever see our `real’ son again.”

Build a Network of Support

Get close to healthy, helpful people. Disassociate with friends who are still involved in substance abuse and may tempt you to continue participating with them. This, in itself, is a vital step. Build a new network of supportive people.

One man describes what happened when he made the decision to stop drinking: “I had decided that, along with no more alcohol in my life, that I would limit my contact with all of my drinking pals. However, this quickly ceased to be an issue because when those friends found out I was no longer drinking, they quit calling me. In fact, I rather abruptly found myself without many friends. That forced me to seek out new relationships which I did, little by little.”

Finally, celebrate your victory. Becoming addiction free is not an easy process. You have every reason to be proud of your accomplishment. Celebrate and savor your newfound freedom from addiction. “I’m constantly celebrating my sobriety,” says one man who ended five years of severe alcoholism. “I am so happy and proud over how rich and full my life has become. That I’m alive is nothing short of a miracle. My wife and children stayed with me. Life now has all kinds of wonderful possibilities which were denied to me when I struggled with alcoholism.”

I have a confession to make. I’m addicted. Yes, you read that right.  Let me explain.  I don’t smoke, do drugs, or...

How the Internet Is Changing Your Brain

It had been going on for years—the fights at home, the requests for money, the summers (and then the school years) the kids spent with...

How Video Games Affect a Child’s Brain and Behavior

Like many parents with tech-savvy kids, educator Donna Volpitta, Ed.D., tries to provide practical guidance around electronics with her...

7 Steps to Break a Habit

For some of us, it’s procrastination. For others, it’s overeating. And for still others, it’s perpetually showing up late, or nail...