How to Beat Your Addictions 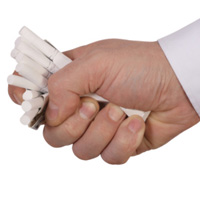 “I didn’t have my first drink until I was 29,” the dentist said. “I had just received my acceptance letter from dental school and I thought I could finally relax and have an occasional drink.”

“Same age as me,” the trauma surgeon and helicopter pilot stated.” The first time I drank was right before a mission. Unfortunately, I drank a pint of vodka, and I don’t remember the mission I flew until the moment I landed. I lost several soldiers on that mission, and I still feel guilty about it 30 years later.”

“I remember from age six looking forward to communion wine at my church because of the good feeling it gave me,” the 30 year old woman remarked as I obtained her history upon her admission to the alcohol treatment unit. “I drank purposely to get drunk from age 10,” the 35 year old nurse told me after entering treatment so she would not lose her nursing license.
END_OF_DOCUMENT_TOKEN_TO_BE_REPLACED