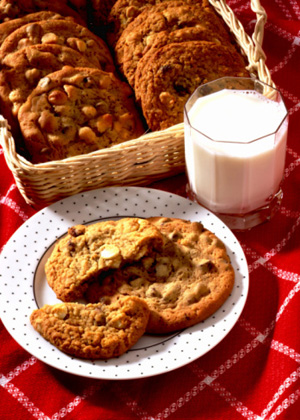 As scientific investigators have traced the causes of heart disease, cancer, arthritis, migraines, and digestive problems, the least likely suspect had to be milk. We poured it on our cereal, pushed it on our children, and couldn’t imagine it to be anything but healthful. But more and more researchers now view milk with skepticism about its benefits and concern about its risks. They are linking the epidemics of prostrate cancer, digestive problems, and other ills to our habitual consumption of specific foods including-and especially-milk.

Certainly, every baby needs breast milk. But when humans brought animals’ milk into their diets, it was the first time any animal had consumed the milk of another species. It was also the first time anyone had ever defied the weaning process that stops adults from taking in the nutrient mix intended for infants.

Dangerous Links
Cow’s milk consumption by infants and toddlers is linked to Type 1 (“childhood-onset”) diabetes and to anemia, due in part to its interference with iron absorption in the digestive tract. As children grow older, milk is a major source of saturated fat-the “bad” fat that raises cholesterol levels and increases the risk of heart disease and breast cancer. As children reach their teen years, many experience cramps and diarrhea due to lactose intolerance. This is especially true for those of African, Asian, Hispanic, Native American, or Mediterranean heritage. Researchers have recently adduced evidence linking milk to acne, arthritis, and migraines.

But it was the links to prostate cancer that made the scientific commu-nity sit up and take notice. Abundant international data and two huge Harvard studies showed that milk-drinking men have a significantly higher risk of prostate cancer, compared to men who avoid milk. The reason seems to be milk’s ability to alter a man’s hormone function. Links with ovarian cancer in women have also come to the fore.

Broken Bones
The final nail in the dairy industry’s coffin may be its failure to deliver on its number-one promise-“building strong bones.” At Penn State University, Tom Lloyd, Ph.D., followed a group of girls from age 12 through age 22, and found that milk did nothing to strengthen their bones. In a new review in Pediatrics, the Physicians Committee for Responsible Medicine’s Amy J. Lanou, Ph.D., summarizes Dr. Lloyd’s findings and those of the many other researchers who have put milk to the test. At the other end of the age spectrum, Harvard’s Nurses’ Health Study followed women for 18 years, finding that milk drinkers had no protection against fractures, compared to women who drank little or no milk.

Like “hormone replacement therapy,” which turned out to cause the very heart problems it was supposed to prevent, milk fails miserably in its promise to “do a body good.” The truth turns out to be precisely the opposite.

Strong Bones
So, if dairy products don’t help kids grow strong bones, what does? Studies show that physical activity has the greatest positive impact on adolescents’ bone health. In addition, spending some time in the sunlight, avoiding smoking and high salt and caffeine intakes, and eating lots of fruits and vegetables are all good strategies for supporting healthy bone development and maintenance. It’s also a good idea for children and adults to get at least 400 to 500 milligrams of calcium per day from plant sources such as beans, greens, whole- grain bread, tortillas, fortified juices, cereals, and nondairy milk.

This rich and creamy dessert combines two beloved holiday tastes, dark chocolate and pomegranates, and comes together quickly. It has the...

Variety is the spice of life—unless you’re a toddler who demands dinosaur-shaped chicken nuggets and mac ’n’ cheese at every meal....

Wash and cut your fruit of choice—the options are endless, but strawberries, blueberries, and raspberries make a great combination for...

Download this healthy meal prep plan to save yourself time and get ahead of the question, "What are we going to...

7 Foods That Feed Your Brain

A Add these brain-loving superfoods to your diet to promote mental clarity, good mood, and support optimal brain health. 1. Leafy...

1 thought on “Thinking About Drinking Milk?”