Stress. We all live with it. Yet did you know that there are easy ways to stop stress before it causes harm to your body, mind, and spirit?

Let’s think about the stressors that hit us daily-mortgage and utility payments, crowded freeways, traffic jams, rising interest rates, declining mutual funds, increased taxes, upgrading, downsizing, child care, self-care, elder care, health care … and who cares! Is it any wonder that most of us feel as if we need stronger, made-to-order defense mechanisms just to make it through the day?

END_OF_DOCUMENT_TOKEN_TO_BE_REPLACED

If you are a vegetarian, the thought of having a food-borne illness probably never crosses your mind. After all, everyone knows that E. coli makes its home in raw beef, and Salmonella breeds rapidly in undercooked chicken or pork.

Well, it’s time to rethink your past beliefs about food-borne illness, as fresh fruits, vegetables, eggs, lentils, and dairy products can also play host to a variety of deleterious bacteria, including E. coli and Salmonella. In fact, some of the most common carriers of food-borne germs include basil, cantaloupe, lettuce, potatoes, raspberries, scallions, strawberries, and tomatoes.

According to the Centers for Disease Control and Prevention (CDC), food-borne diseases cause an estimated 76 million illnesses, 325,000 hospitalizations, and 5,200 deaths in the United States each year. Not only are the symptoms uncomfortable; food-borne illnesses can lead to secondary long-term illnesses. For example, there are some strains of E. coli that can cause kidney failure in young children, while Salmonella can lead to reactive arthritis and serious infections. For pregnant women, the Listeria bacteria (commonly found in soft cheeses such as brie and feta) can cause meningitis and stillbirths.

END_OF_DOCUMENT_TOKEN_TO_BE_REPLACED

Why do people do things that they know are harmful? The next time you go to the grocery store and see an elderly man pulling an oxygen bottle behind him with the tubes going into his nostrils at the same time he is smoking a cigarette, stop and think. Why is he doing something that he knows is the cause of his inability to breathe well? It doesn’t make sense, does it? That very man would probably advise others not to smoke while at the same time be unable to correct his own problem.

END_OF_DOCUMENT_TOKEN_TO_BE_REPLACED

It’s easy to live on “automatic pilot.” Yet doing precisely the things you have to do, or are supposed to do, day after day can make you become nearly robotlike and feel life is growing stale and ho-hum.

You can change all of that. With a bit of planning and direction, it’s possible to pack the fun and excitement of a vacation into short daily spurts. You can enjoy a change of pace, a change of attitude, and a lot less stress.

END_OF_DOCUMENT_TOKEN_TO_BE_REPLACED

Racing for the Gold With God

END_OF_DOCUMENT_TOKEN_TO_BE_REPLACED

Thank You, God, for Giving Me Diabetes!

As a patient I was stunned. As a medical professional I found it simply the final confirmation of the suspicions I had secretly carried for the past several months. The symptoms had become far too obvious for me to ignore any longer–an all-consuming thirst, frequent urination, constant exhaustion, and steady weight gain–so I finally called a trusted friend and told her my suspicions.

END_OF_DOCUMENT_TOKEN_TO_BE_REPLACED

To stay slim and trim, John runs five miles almost every day. Because of his vigorous workouts, he feels he’s earned the right to eat whatever he wants. His wife, Sue, however, would rather read the fine print on the insurance policy than get anywhere near a treadmill or gym. Her solution to weight control is carefully selecting what she eats. That’s why you’re more likely to see her reach for a piece of fruit instead of a cookie or slice of cake.

END_OF_DOCUMENT_TOKEN_TO_BE_REPLACED

How to Deal With Stress at Work

Is your job stressing you out? Don’t feel alone. A recent Gallup poll shows only 14 percent of workers are dissatisfied with their job, while a whopping 34 percent are dissatisfied with how much stress they face at work. Stress elicited the highest level of dissatisfaction from a list of common problems–even exceeding recognition, promotion opportunities, and salary!

END_OF_DOCUMENT_TOKEN_TO_BE_REPLACED 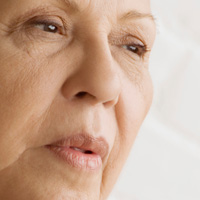 How lucky can a person be, anyway? Five years’ worth of lucky? That’s the target date most oncologists quote for official membership as a breast cancer survivor. Really, the buildup begins at three years running. You start to feel a tingle of hope. Four years? Now, that’s different. You might as well forget the tingle and confess downright anticipation. It’s the ultimate home stretch.

END_OF_DOCUMENT_TOKEN_TO_BE_REPLACED

24 Ways to Reclaim Peace of Mind

It is not an understatement to say that these are stressful times. Almost routinely there are news reports that further heighten our anxieties-airport security is lax; the country is vulnerable to chemical, biological, and even nuclear attacks; our water can be poisoned and our food contaminated; sleeper terrorists are in our midst. The litany of dangers can unnerve even the strongest, most optimistic person. In spite of challenging times, it is possible to be a person who lives with serenity and tranquillity. Here are two dozen ways to reclaim your peace of mind.